What's happening in our bodies as we age?

As we reach adulthood, we notice changes in our bodies at every stage of ageing. We might find we need glasses when we hit our thirties, we can’t keep weight off as easily into our forties, we mightn’t feel as strong playing sport with the kids in our fifties, and we can’t hear a conversation across a crowded dinner table in our sixties.

NOTE: This article was originally published by The Conversation.

This article is part of The Conversation's series on older people’s health. It looks at the changes and processes that occur in our body as we age, the conditions we’re more likely to suffer from and what we can do to prevent them.

All of these occur because the cells and processes in our bodies have existed for longer and longer periods of time. There are many theories as to why our body ages, but two main explanations are that the DNA within our genes determine how long we will live; the other is that over time, our body and DNA are damaged until they can no longer function as before, often referred to as “wear and tear”.

As we age, the volume of the brain declines. There are many explanations for this, including cell death, in which the brain cells’ structure declines over time.

Although the precise reasons for the decline in brain volume remain unclear, some research indicates it may be due to hormone levels, and wear and tear.

Some also believe that the volume of blood reaching the brain decreases due to conditions within the blood vessels and associated systems. However, this doesn’t have a great impact on a person’s ability to remember, as the brain has the ability to compensate for these changes.

You may have heard of neuroplasticity. This is the term used to explain how the brain can rewire itself by creating new pathways within the nerve cells to compensate for damage to an area. These new pathways are created when new experiences occur. So doing crosswords all of your life won’t increase the number of pathways, but if you add a new activity that you need to learn and practise, then new pathways can form.

While the risk of dementia increases with age due to many of the hundreds of causes being more present as we age, it is not a normal part of the ageing process. It is a result of damage to the brain. The reason why it is more likely to occur as we age is simply because the longer we live, the longer we expose ourselves to possible damage to the body through disease or injury, which are the main causes of dementia. 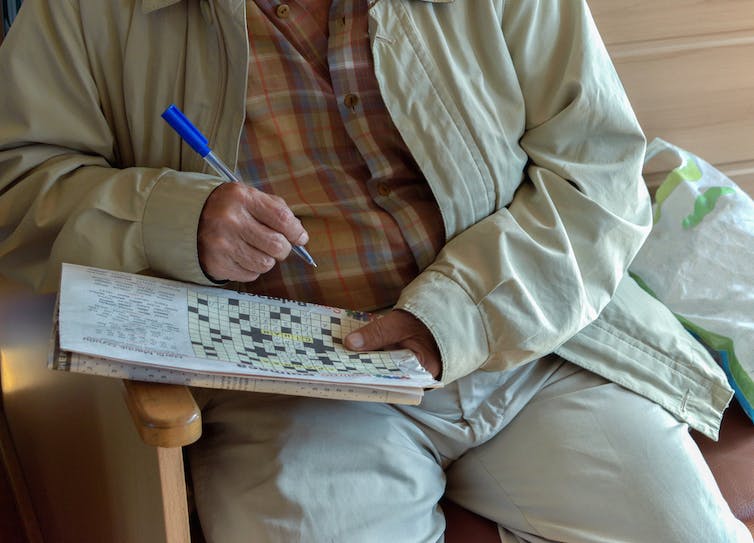 Doing crosswords in old age will only improve brain function if it’s a new activity. from www.shutterstock.com

Alzheimer’s Disease, the most common cause of dementia in Australia, occurs when there is plaque build-up in the brain. This is as a result of protein build-up over time that inevitably causes tangles in the neurons (brain cells).

As we age, there’s a decrease in the amount and strength of muscle tissue, due mostly to the influence of decreasing hormones. To make up for the muscle mass lost during each day of strict bed rest, older people may need to exercise for up to two weeks.

However, additional decreases in muscle occur due to a decrease in activity, not just as part of the normal ageing process.

As the body ages it absorbs less calcium from food, a vital mineral for bone strength. At the same time, changes in hormone levels affect the density of the bones.

It is important people continue to exercise as they age. Exercise will not only help to maintain muscle strength, but also assist in combatting the decrease in bone density that occurs as the body ages, thereby reducing the risk of falls and hip fractures. 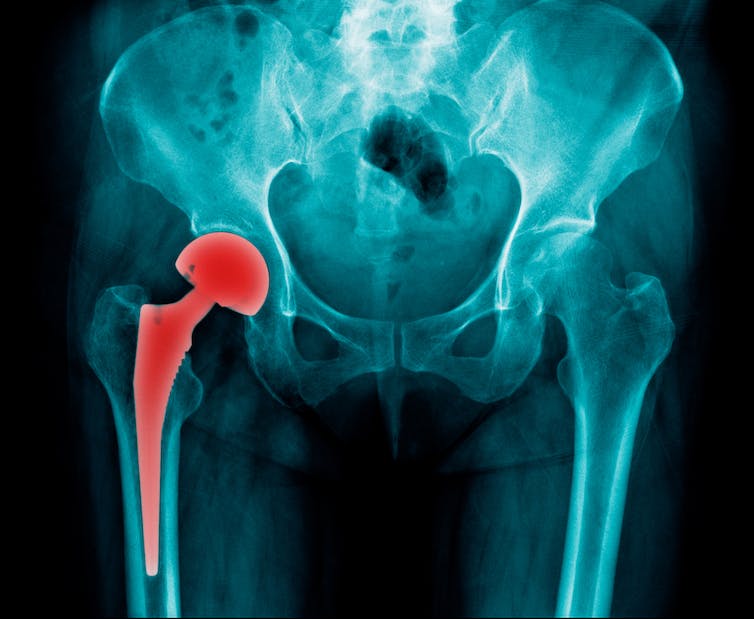 Exercise will help to combat common fractures in old age. from www.shutterstock.com

Changes to our senses

Changes that occur directly as a result of ageing include those to vision, hearing, taste and smell. Impacts of the changes in vision are usually the first things noticed, making a person feel that they are ageing.

Changes to the eye that occur as part of the ageing process include stiffening and colouring of the lens, a reduction in the number of nerve cells, and a decrease in fluid in the eye. These lead to difficulty in focusing on close objects, seeing in low light becomes more difficult, and the ability to adapt to changes in light decline.

Some people appear clumsy, as their ability to judge the distance between objects - a cup and table, for example, or the height of stairs - becomes a problem. Many people do not realise their spills and trips are occurring as a result of shifts in their vision, known as depth perception changes. Eyes can also become drier, making them feel irritated. This can be treated with lubricating drops.

Changes in hearing include changes in registering high-pitched sounds, and words may become difficult to understand. Speaking more loudly to someone in this circumstance does not help, as the pitch is the problem, not the volume. Instead speaking slightly slower and concentrating on complete words can be helpful.

Taste and smell often decrease as part of the normal ageing process, as the cells responsible decrease in number and the ability to regenerate worn out cells decreases with age. The results make food less tasty and people less likely to eat. In addition, people’s taste can change altogether, so people who loved chocolate as a young person may prefer chilli as they age.

Overall there are many changes to the body as part of the normal ageing process as well as many that occur as a result of lifestyle factors. We are not all fated to age in a negative spiral. Many lifestyle choices made earlier in life can assist us in the future. With proactive decisions and community understanding, we can look forward to adapting to a positive ageing process.

Read other articles in the series here.

This article was originally published on The Conversation. Read the original article.