What is palliative care? A patient's journey through the system.

A diagnosis of a serious illness has a multitude of consequences. There may be significant symptoms related to the disease such as pain, breathing difficulties, nausea, fatigue and weakness. Such illnesses often limit a person’s ability to do the shopping and chores, attend the many medical appointments required, and can potentially lead to social isolation.

NOTE: This article was originally published by The Conversation.

This article is part of our series on demystifying palliative care, where experts explain the process of end-of-life care in Australia.

What is palliative care?

Rebecca lived with her husband, Rob, and six-year-old son, Jack. She was 34 when she met the palliative care doctor, after being diagnosed with a particularly aggressive lung cancer. She had undergone extensive surgery and was due to have radiotherapy and chemotherapy. She was struggling with some ongoing pain after her operation.

Her cancer doctor suggested she see the palliative care team to help manage her pain so she could cope better with the next steps of her cancer treatment.

According to the World Health Organisation, palliative care

improves the quality of life of patients and their families facing the problem associated with life-threatening illness, through the prevention and relief of suffering by means of early identification and impeccable assessment and treatment of pain and other problems, physical, psychosocial and spiritual.

In Rebecca’s case, palliative care was recommended for the additional issues she had associated with her treatment. Palliative care involves a team of doctors, nurses, allied health and other volunteers who work together to provide an extra layer of support to the person and their family.

Palliative care teams are commonly involved with illnesses such as heart, lung or kidney disease, cancer or advanced dementia. Involving palliative care allows for better control of symptoms and an improved sense of quality of life. It also helps the family of the person who is ill. With better symptom control and support, this frequently translates to less time spent in hospital.

A number of studies have even shown early involvement of palliative care can lead to improved survival.

Read more: Palliative care should be embraced, not feared

Rebecca attended an appointment to meet one of the palliative care doctors at the cancer centre. The doctor explained his expertise in pain control and Rebecca felt comfortable with his proposed management plan.

Rebecca’s palliative care doctor changed her medications slightly to address her pain. They also talked about her diagnosis, how it had thrown her life upside down and the treatment planned.

Rebecca spoke of being determined, scared and keen to hold a sense of routine for Jack, who was just starting school. Over the next few months, Rebecca saw her palliative care doctor once or twice just to check in. But mostly she was busy with her cancer treatments and her pain was now pretty stable.

A few months later Rebecca rang the hospital asking to see the palliative care doctor because her pain seemed to be getting worse. On assessment, this pain was different, with a number of concerning features. Together with Rebecca’s oncologist, more scans were ordered. These revealed her cancer had returned and spread to many parts of her body.

Rebecca’s palliative care doctor altered the pain medications, including prescribing a drug that targets nerve pain. The medications were slowly increased over time to reduce the chance of side effects such as drowsiness. After two weeks, Rebecca felt the pain was well controlled, and she was back doing the things she wanted to focus on at home.

Palliative care doctors are specialist physicians skilled in treating symptoms associated with serious illnesses such as pain, nausea, fatigue and appetite problems. A key component of their role is facilitating difficult discussions about prognosis, stopping various treatments and exploring the medical decisions a person would want at different stages of their illness. 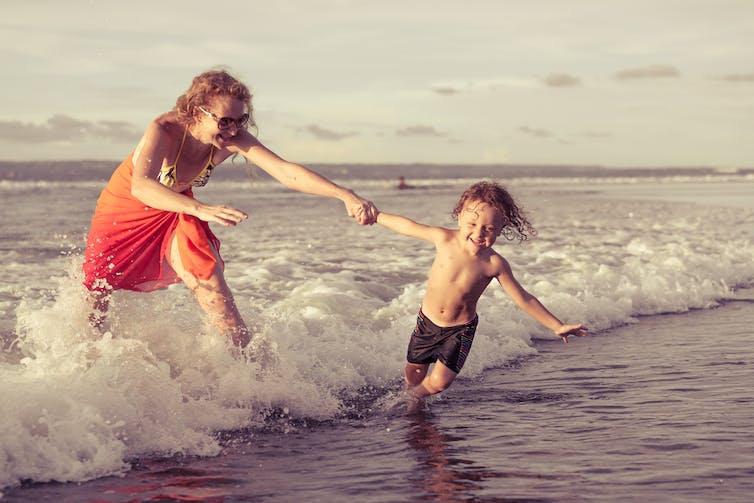 Rebecca mostly wanted to be a good mother and maintain routine. from shutterstock.com

Palliative care experts work closely with other health professionals, such as oncologists, cardiologists, psychologists and social workers, to address all the effects of a serious illness. This may include ordering investigations and scans, through to organising community services (such as personal carers) or walking aids, and providing support for family and carers.

However, one thing after another was happening for Rebecca with her cancer. She was admitted to hospital at least twice as a result of complications from her cancer or its treatment. She felt like she was not getting much time to draw breath between each event.

She still wanted to fight and stay hopeful of beating or, at least, holding her cancer at bay. And, after some thought, Rebecca quietly offered that even more important was being a great mum. 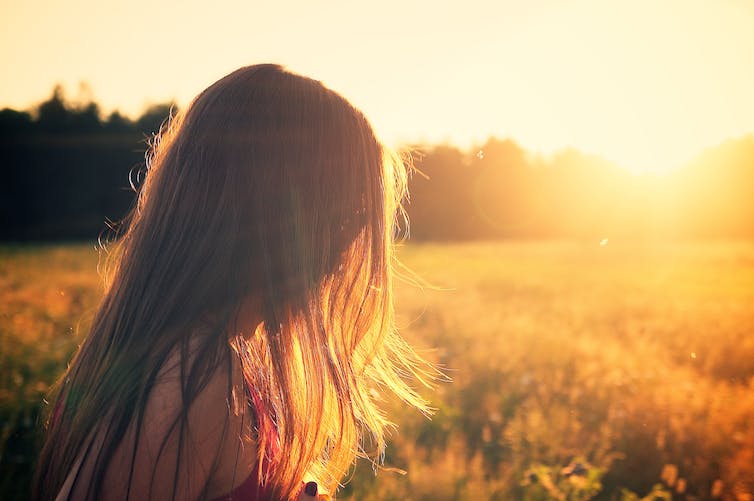 Palliative care specialists are trained to have difficult conversations about prognosis. Alexander Shustov/Unsplash

The next couple of months were pretty stormy. Rebecca was feeling much weaker and was increasingly spending time on the couch or in bed. She was clearly nearing the final part of her life.

At her wish, Rebecca decided to try yet another new form of chemotherapy, but also spent some time talking to her palliative care doctor and formulating a clear plan that she wanted to be home with Jack. If or when further problems came, she wanted to remain at home. She had already been linked in to community palliative care supports some time earlier, so knew these nurses well and trusted them.

Read more: Take control over the end of your life – what you need to know about advance care directives

One of the nurses from the community palliative care team offered their support in helping talk to Jack about what was going on for his mum. Rebecca felt relieved knowing there was someone to help with this.

Palliative care services at the end of life

It was a cold, rainy day. The house was warm and Rebecca was in a bed set up by the glass windows in the living area. Her husband Rob and two sisters were sitting nearby at the kitchen bench having a cup of tea. Her cat was lying close beside her. Jack was leaning up against his mum’s bed doing some colouring. 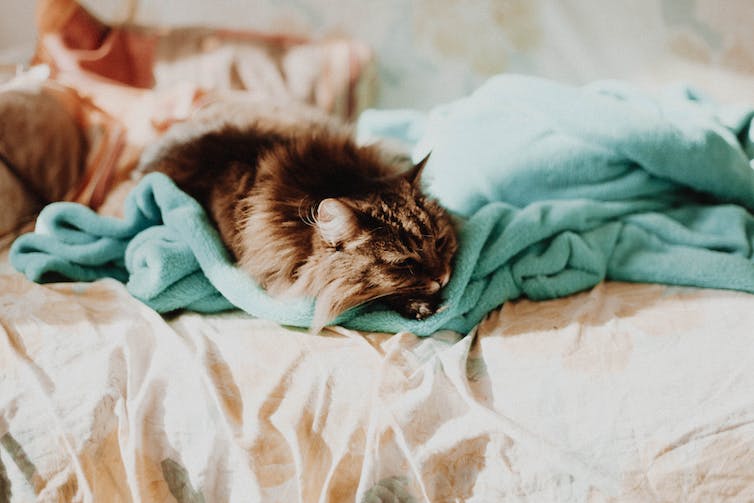 Most people want to die at home. Linh Nguyen/Unsplash, CC BY

The palliative care doctor didn’t stay long. Rebecca was mostly sleeping and only waking for moments every now and again. They spoke just a little – she seemed comfortable. Rebecca died a few days later. According to the nurses, she became sleepier, until she didn’t wake at all in her last 12 hours.

Palliative care is provided in many settings. This may include hospital or private clinics, as a medical team in the hospital, in a palliative care unit or hospice, or in the community. GPs are often an integral component of this team.

Read more: Assisted dying is one thing, but governments must ensure palliative care is available to all who need it

Community teams involve specialist nurses, doctors and other health professionals, and visit patients’ homes for regular assessment and care. This might mean providing equipment such as a comfortable hospital bed, visiting doctors and nurses to oversee medications and ensure a person experiences minimal pain, or talking with children about death.

These services often provide 24-hour phone support or urgent assessment in the home as things pop up or possible concerns arise. Unfortunately, access to these services and the expertise available are hugely variable, especially in rural and regional areas.

Between 60-70% of Australians wish to die at home, yet only 14% do, with 54% of people dying in hospitals. Having discussions in advance about a person’s priorities if their health worsens, and the care people might want including where they would like to be, may enable planning for these eventualities.

While these discussions are painful and frequently difficult, with clear plans in place, like Rebecca was able to make, palliative care helps people stay at home and, for many, to die at home.

Read more in the series:

This article was originally published on The Conversation. Read the original article.